Belief Without Compassion is Bad Religion 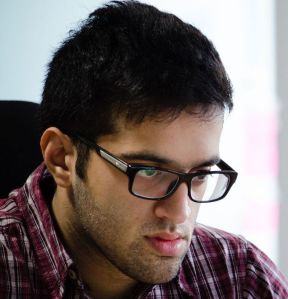 Belief plays an important role in one’s life. You believe in what you think, what your parents told you to do and what society has taught you. It is belief that gives you the energy and determination for a cause.

I am Jesal Mistry, working in Thoughtworks, Pune. I would like to share a small event of my life.

Well, I graduated from Pune Institute of Computer Technology. It is ten minutes walk from my home. I used to walk there daily and see an old lady (beggar) on the way. I used to give her some coins whenever I see her.
You may not believe in this, but whenever I used to see the lady, my day turned into a lucky day.You might think I am superstitious, but I am not. One goes to a temple, because they believe that God is there. It is the belief that calms the unstable mind and gives us the power to be happier. Similarly I believed that the old lady is a lucky charm for me and my day would pass really nicely when I saw her in the morning.
Suddenly she disappeared. I used to look for her everyday but never found her. I wish I could have taken her blessings for my exams. She represented an occurrence in my everyday routine that made me feel happy.  As soon as my exam started,  I saw her again and it went well as per my belief.

Finally, At the end of my exam days, I took her to a tea shop.The tea shop owner gave us tea in two cups. As soon as I gave the tea to the lady, the shopkeeper asked me not to give her the cup and that he’ll provide a plastic glass for her. He started snatching the cup from the old lady. I didn’t like that and I asked what happened. He wanted to explain but he didn’t have any real reason to say. I realized he was biased towards her because of her appearance. I told him she is a human being like us and certainly can drink tea cup.

I don’t say its his fault because he learned it in his childhood and doing the same for years. Nobody asked him why, even he didn’t question himself. He probably understood that and I hope he never repeat such behavior with anyone else.

If one can change other’s perception in seeing really how things work, we can change the world.

Love every human being.

← Don’t let rejections crush on you
Do they deserve humanity? →